TA opened the meeting by noting that this was the first meeting of the SAON Executive Committee (EC). Making reference to the SAON Terms of Reference he explained that the role of the EC would be to be responsible for overall governance issues, including alignment of SAON strategic direction with the goals and objectives of both the AC and IASC. He noted that until now the daily work of SAON had been guided by an interim Executive Committee, and he welcomed EK and TL to take their seat in the Committee, making it complete and operational.

Ad 1) Deliveries to the AC SAOs

TA had reported on the SAON Board meeting in Potsdam in October 2012 to the SAO meeting in Haparanda in November 2012. He had received positive feedback, and SAOs were keen to understand the strategic purpose of SAON, beyond the mosaic of Tasks. They would like to stay personally engaged and provide their support. They asked TA for a more detailed report for the next SAO meeting, and he offered to do this. The EC will produce this report, and it will be made up of a summary of the individual Tasks (including information on leads, time-limes, participants, deliverables), wrapped up in a text of the more strategic aspects of the SAON work.

The EC discussed more broadly how SAON can communicate achievements to the outside world, including providing notes to the AC community. DH said that communication needs towards IASC is the same as for AC. EK believed that regular updates are important, and first step could be to make the EC meeting minutes available with the option to take out confidential information. It was agreed that SAON should have a Communication Strategy discussion.

Ad 2) Board minutes, including to-dos from Potsdam

Jan Rene Larsen had circulated the draft minutes from the Board meeting in Potsdam, and had asked the EC to review the draft List of Action. The list will be reviewed in detail during the drafting of the minutes, but there was a discussion on the development of Working Groups within the SAON framework. The three outbreak groups in Potsdam had fostered the idea of Working Groups, both in order to strengthen the ownership of SAON, but also to address specific questions, especially within data management and Community Based Monitoring. Working Groups could make the participation in SAON work broader, and also open for a bottom-up perspective. The EC agreed that this idea should be carefully considered, and that Working Groups at least at the beginning should be established as looser structures, they should be virtual, and with web contact information.

The Board meeting in Potsdam had asked for a formal relationship between Tasks, Programs, and Networks to be defined, including transitions like Task developing into a Program and back again. Helen Joseph (Canada) had outlined some ideas along those lines, and the EC believed that these ideas were worth developing further to address this question. It represents a structure where Tasks and other SAON activities are structured as supporting the overall strategic goals of SAON. A development of this could also structure the SAON reporting to the outside world and to the coming SAO meeting (point 1) above).

Ad 4) Next Board Meeting

SAON is on the agenda for the coming AMAP HoD meeting in Tromsø. There are three subitems: 1) Status of the work, including the SAON Board meeting and the AOS conference in Vancouver, 2) Deliverables to the Ministerial meeting 3) Decisions and Actions.

JRL, LOR, TA, and TL will be in Tromsø, and there will be a possibility to have an EC meeting as a teleconference with DH, EK, and VR attending remotely. This will most likely be on the 22nd January (evening, CET).

JRL had received an invitation from WMO (Miroslav Ondras) to nominate a representative to the WMO CBS Inter-Programme Expert Team on the Observing Systems Design and Evolution (IPET-OSDE). The Terms of Reference had been provided. The EC appreciated the invitation but was also concerned about the use of the spare resource that SAON currently has. JRL was asked to contact Miroslav Ondras to obtain more information about the IPET, and to suggest that SAON for now only has a loser association with the Team but would like to continue to be informed about the work. 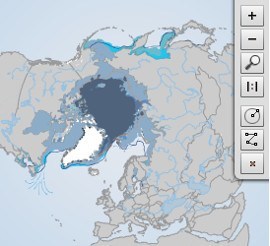